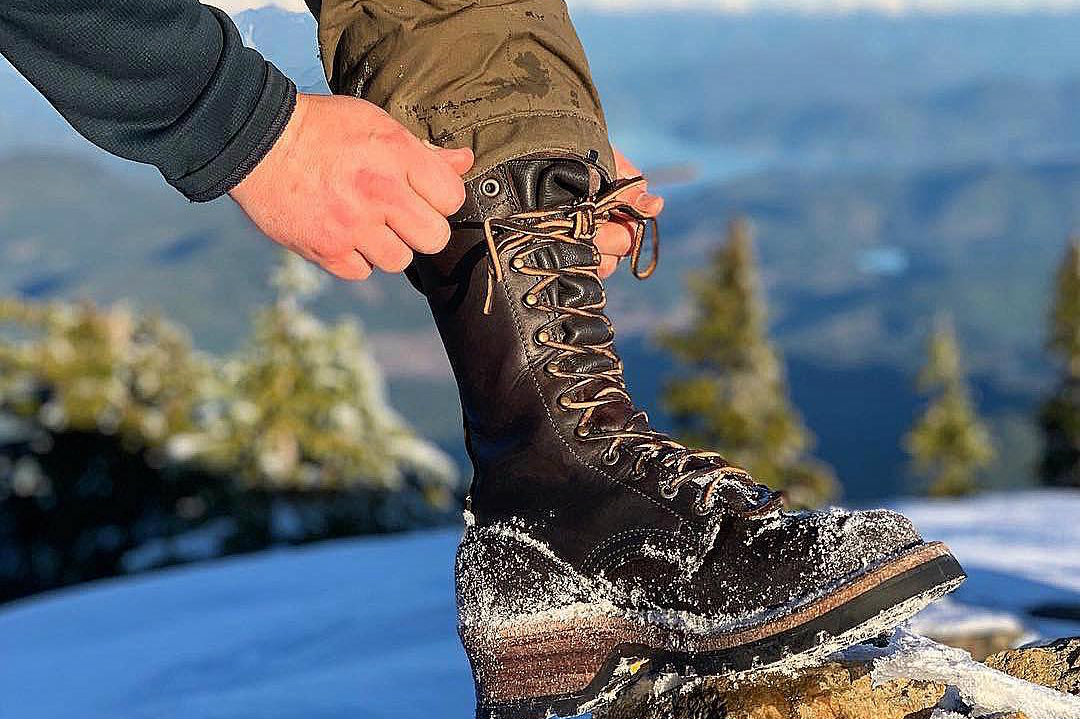 What can you always depend on? Your dog, your bike, your favorite whiskey — and your favorite pair of boots. It’s that belief that has kept firefighters, loggers, welders, farmers, and just regular old rebels loyal to the Spokane, Washington-based JK Boots for generations.

Founder John Khadzhi started as an apprentice cobbler when he was only a teenager, learning the craft and hand-building boots in his overseas hometown until 1994, when the late-twentysomething brought his skills to the Pacific Northwest.

“I moved to the United States because of the freedom and opportunities that every man has here,” Khadzhi says.

After his three sons were born, Khadzhi began making plans for them to eventually join the family business. The brothers now work alongside their father, while their mother runs a highly regarded seamstress business out of the same building.

JK Boots is known for using only premium leather, with extra room in the toe and custom measurements that help the boots feel good right out of the box. Of course, only American-made iron nails and brass eyes and hooks make the cut.

“I think that being a family-owned and -operated company in the U.S.A. sets us apart,” Khadzhi says. “Our goal is to do the best job on every boot for every customer.”

Although in-stock styles are available for immediate shipping, a new pair of custom boots takes approximately seven weeks to construct and requires a detailed fit sheet and one-on-one consultation with a JK Boots bootmaker.

Some of the boots are made with rough and tough professions in mind, and their practically indestructible elements more than live up to the demands. Steel toes and fireproof stitching meet most common safety standards, while full-leather arch support and stitch-down construction make being on your feet all day (or night) much easier to tolerate.

Need a pair resoled or completely rebuilt? They can do that too, and it’s all part of the process to help the boots last longer than any other brand out there.

“Ours last longer, period,” Khadzhi says. “We like to think of it as treating your boots the way you do a quality truck. You purchase as an investment, and you get new tires put on after a few seasons, and eventually rebuild the engine or transmission.”

You wouldn’t expect anything less from your favorite pair of boots.