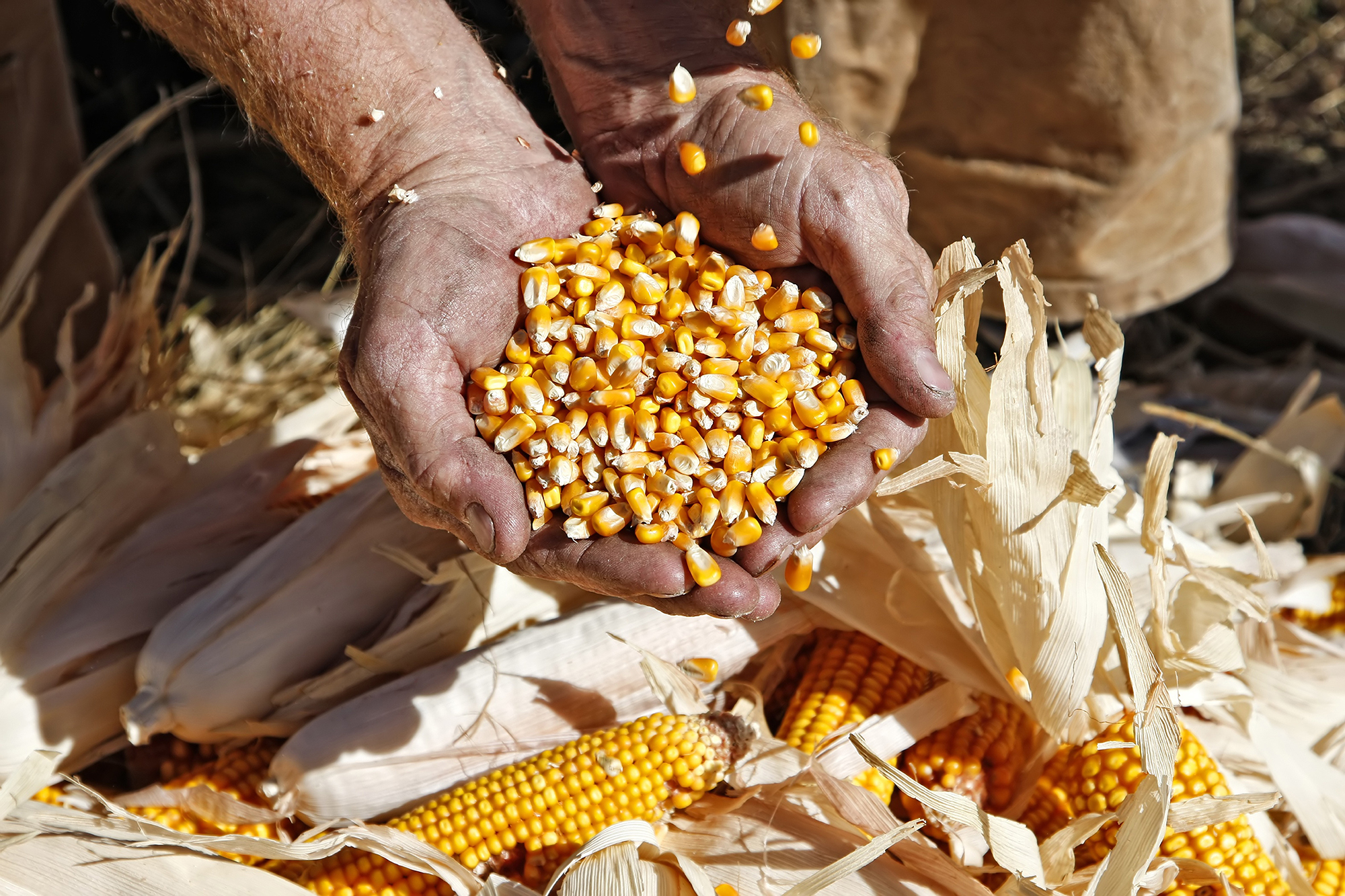 Among spirits, bourbon has a rep for being sweet. That’s one of the reasons we love it so much. Humans are hard-wired to like sweet. When something sweet hits our taste buds, it sends a signal to the brain, and the brain says, “Damn straight, give me more.”

Instead, bourbon comes by its sweetness two ways: corn and chemistry.

Corn
We have two things to say about corn and bourbon. First, for bourbon to be bourbon, it must contain at least 51 percent corn. Second, corn has a high sugar content.

Let’s recap: There’s a lot of corn in bourbon. Corn is sweet.

In summary: Corn is a major player when it comes to making bourbon taste sweet.

Chemistry
There are also chemical compounds that develop while whiskey is maturing in the barrel —compounds that impart flavors we think of as sweet, like vanilla, caramel, and coconut.

It starts with the wood. Wood is made up of cellulose and hemicellulose, both fibers, and lignin. Each leaves its own sweet kiss.

During aging, lignin converts into vanillin, infusing bourbon with a sweet vanilla flavor.

Cellulose and hemicellulose, when heated, develop rich caramel flavors. Charring the wood brings those caramel notes to the fore.

Lactone, an organic compound present in white oak, adds a dab of coconut.

Other flavors also emerge during the aging process: butterscotch, toffee, clove, pineapple, banana, maple, honey, and chocolate — every one of them a flavor we think of as sweet.

Here’s the Rebel family, listed in order of sweetness by Rebel tastemaker John Rempe, with the sweetest at the top of the list:

1. Root Beer Whiskey
With its creamy root beer flavor, enhanced by notes of caramel and vanilla, this whiskey unsurprisingly comes off as sweet. At the distillery, they step it up further by adding a goodly dose of sugar during the blending process, making this the sweetest member of the Rebel clan.

2. Ginger Whiskey
This flavored whiskey infused with ginger is a peppy, tasty twist on the classic Rebel recipe. Like the Root Beer, it gets a little sugar added during blending — but not as much. It’s still a sweet sipper, but the ginger keeps it fresh and lively, not cloying.

3. 10 Year Single Barrel
This special annual release features Rebel’s wheated bourbon mashbill, placing it on the sweeter side of the spectrum, with the wheat enhancing the natural sweetness of the corn (compared to a traditional rye bourbon mashbill, which is spicier and less sweet). And this bourbon is aged in charred oak barrels for 10 years, giving it lots more time to develop layers of sweet vanillin, caramel, and coconut.

4. Kentucky Straight Bourbon
Rebel’s classic 80 proof wheated bourbon reveals the softer, sweeter effect that wheat can have on whiskey, with hints of honey and raisin. Its 80 proof mashbill lets you appreciate more of the bourbon’s flavor — and sweetness, too.

5. 100 Proof Bourbon
The 100 proof wheated bourbon is the stronger, more potent big brother of the 80 proof Kentucky Straight Bourbon. Its higher alcohol content makes it more intense, but it also tends to mask the sweetness, although there’s still plenty of caramel and vanilla to go around.

6. Straight Rye Whiskey
Rye is a spicy grain that masks sweetness in a whiskey. Rebel’s Straight Rye is 90 proof with 51 percent rye in the mashbill — that’s a lot of spice. It makes for a full-bodied whiskey with a bold rye flavor and just a smidge of sweet.