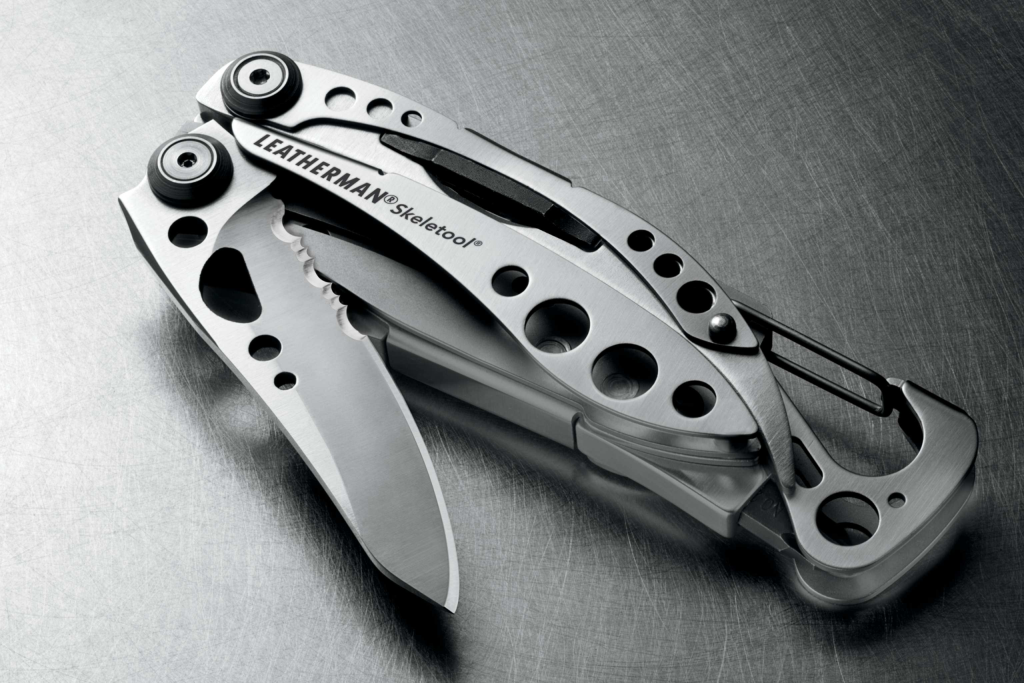 Ever since MacGyver used a magnifying lens, watch crystal, and newspaper to make a telescope, the value of multiuse items has not gone unnoticed. Perhaps your needs aren’t quite so life or death (or maybe they are, that’s your business), but a good multitool is always handy to have around, especially because carrying a full toolbox everywhere you go is just awkward.

Here are five of the most useful.

Leatherman Skeletool
Practicality with a bit of attitude, the Leatherman Skeletool has a stainless steel combo blade, pliers, bit driver, removable pocket clip, and carabiner/bottle opener, all in just a 5-ounce package that’s incredibly sleek and portable. A 25-year warranty guarantees it’ll last through everyday use, while a design that encourages one-handed use makes it easier to multitask. $64.95

Gerber Center-Drive Multi-Tool
Sometimes a multitool can mean fumbling with shrunken versions of the tools you need, rendering them basically useless for actually getting anything done. But Gerber’s new multitool is uncompromising, with an innovative center-axis driver that opens to align like a real screwdriver, yielding maximum torque and rotation. No productivity is sacrificed with the addition of a 30% longer outboard blade and one-thumb opening sliding jaws. They’re real tools, fully sized and fully functional. $104

SOG MACV Tool
Not every multitool needs to flip out like a 1950s switchblade. You might feel even cooler removing this flat, screaming skull-shaped tool from your wallet or keychain and opening a bottle, tightening a screw or nut, prying out a staple, or cutting a fishing line. Its 12 components include a blade sharpener, in case your switchblade actually does needs a little honing. $14.95

RoverTac Multitool
Made with campers in mind, this multitasker features a hammer, axe, pliers, knife blade, saw, and fish descaler, plus eight more components, all with a safety lock in case the kids are along for the trip. You’ll want to store this tool in the glove box when it’s not actively in use, as the hammer can break car glass in case of an emergency. $23.99 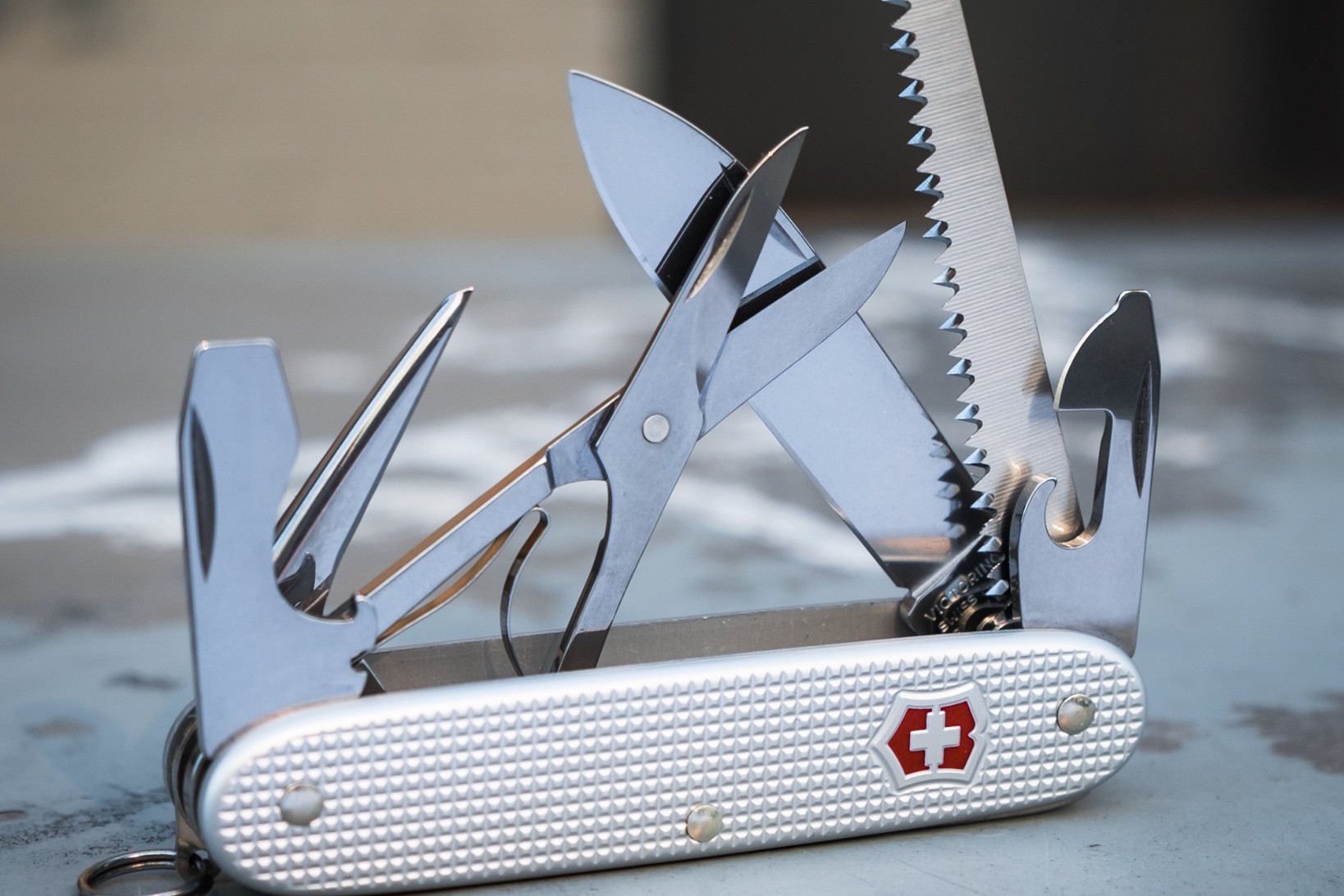 Swiss Army Knife
The classic do-it-all tool has been used to pioneer space travel, restart broken-down engines, and even carve bows and arrows, but it actually wasn’t the first of its kind. A version appears in the pages of Moby Dick, then surfaces (see what we did there?) again 30-ish years later when the Swiss Army purchased a new folding pocketknife for its soldiers. The original model featured a blade, reamer, can opener, and screwdriver, but today, under maker Victorinox, you can expect to whip out up to 87 tools — that particular “giant” tool is actually a Guinness World Record-holder. $9.25-$429.99