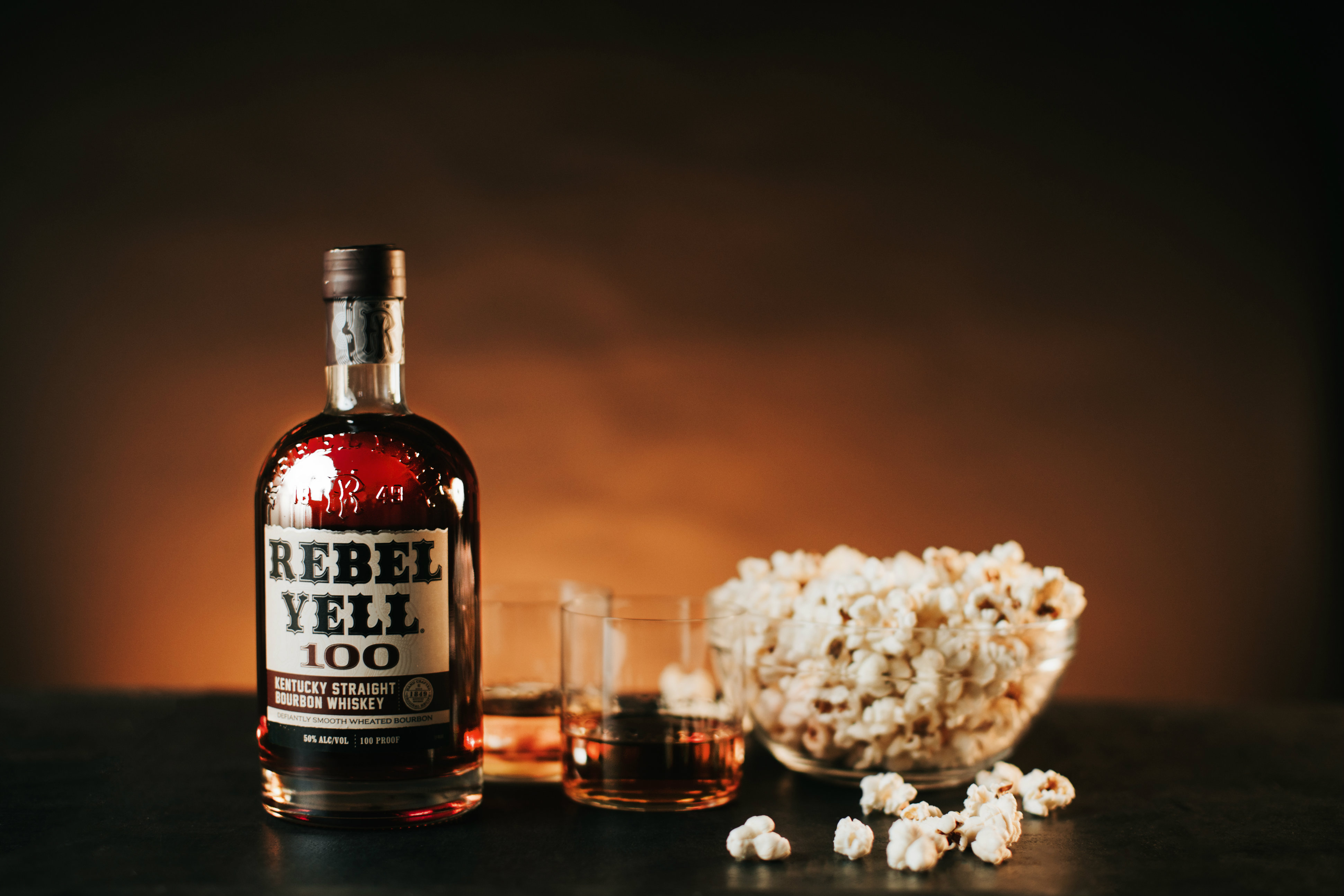 If you’re a Rebel Bourbon fan, you like your movies the same way you like your bourbon: bold, uncompromising, ready to stand up to the crowd. Pour yourself a glass and catch up on the biggest, baddest rebels in film.

Easy Rider
This road-trip flick follows the free-wheeling, not-always-legal adventures of anti-heroes Peter Fonda and Dennis Hopper as they motorcycle from L.A. to New Orleans. Made at the peak of the ’60s American counter-culture, the film not only launched the “chopper” genre of motorcycles, but it also served as the role model for every rebel motorcycle road trip that has ever hit the highway since.

Fahrenheit 451
Based on the book by sci-fi author Ray Bradbury, Fahrenheit 451 takes us to a future where books are outlawed and firemen like Guy Montag light them on fire, not put fires out. Montag’s a model citizen who does as he’s told — until he meets Clarisse, a rebel book collector. Before you know it, he’s pilfering books and reading them himself. Let us make a toast to literacy.

Fight Club
This 1999 film about a club where men beat the pulp out of each other delivers a brutal roundhouse punch to the rebel movie genre. It also has one of the best tag lines in film history: “The first rule of Fight Club is you do not talk about Fight Club.” The character of Tyler Durden, played by Brad Pitt, is really just an alter-ego who fulfills the unnamed narrator’s dark impulses. Who doesn’t have a little Tyler Durden lurking inside?

Footloose
It’s hard to imagine any small town in the US of A where dancing is banned. But let’s say that such a town did exist, and that you moved there from a larger, more cosmopolitan city. You would have no choice but to launch a rebellion against the ban, and Kevin Bacon shows exactly how in this corny ‘80s flick.

Heathers
High school is the original battleground for rebels, and this 1988 black comedy takes on the subject with an epically dark touch. Wynona Ryder as Veronica briefly gains entry into the Heathers clique before getting crosswise with the head Heather. She and bad boy J.D., rendered with a slithering sneer by Christian Slater, partner to blow it all up — literally. The finale, where she lights her cigarette with the bomb he sets off, is cinema gold.

Outsiders
Francis Ford Coppola’s Outsiders chronicles the clash between two competing gangs, the Greasers vs. the Socials, with the hero Ponyboy Curtis wondering why everyone just can’t get along. It’s a who’s who of young actors who went on to fame and fortune — Rob Lowe, Matt Dillon, Ralph Macchio, Emilio Estevez, and Tom Cruise — and a regular feast of flexed fists and ripped biceps in cut-off jean jackets.

Rebel Without a Cause
This milestone movie from the ’50s basically created the concept of teenage angst, setting the stage for endless ensuing decades of rebellion. James Dean stars as the ultimate juvenile delinquent, rebelling against his parents, other kids, and society with a curled lip and a swagger that’s been the template for all rebels to follow. That he tragically died the same year in a car crash at age 24 turned him, and this pic, into rebel legends.

Sid & Nancy
The ’70s punk-rock movement had rebellion at its very core, and there was no bigger punk rocker than Sid Vicious, who escaped poverty in London when he became bassist for the archetypical English band the Sex Pistols. Sid & Nancy is a transfixing biopic of his relationship with Nancy Spungen, wherein the doomed yet lovestruck couple fight, sleep, shoot heroin, and fight some more. You know what they say: Better to burn out than fade away.

Thelma & Louise
A couple of gal pals in serious need of some R&R head out on a road trip. Before long, they meet up with some trouble, and a guy gets shot and killed. And then it’s wheels off, as the women get catapulted into that terrifying yet freeing zone where you have nothing left to lose and learn a lot about yourself along the way. An ensuing crime spree includes some judicious righting of wrongs, climaxing in a soaring drive off a cliff that might be one of the best moments in film.