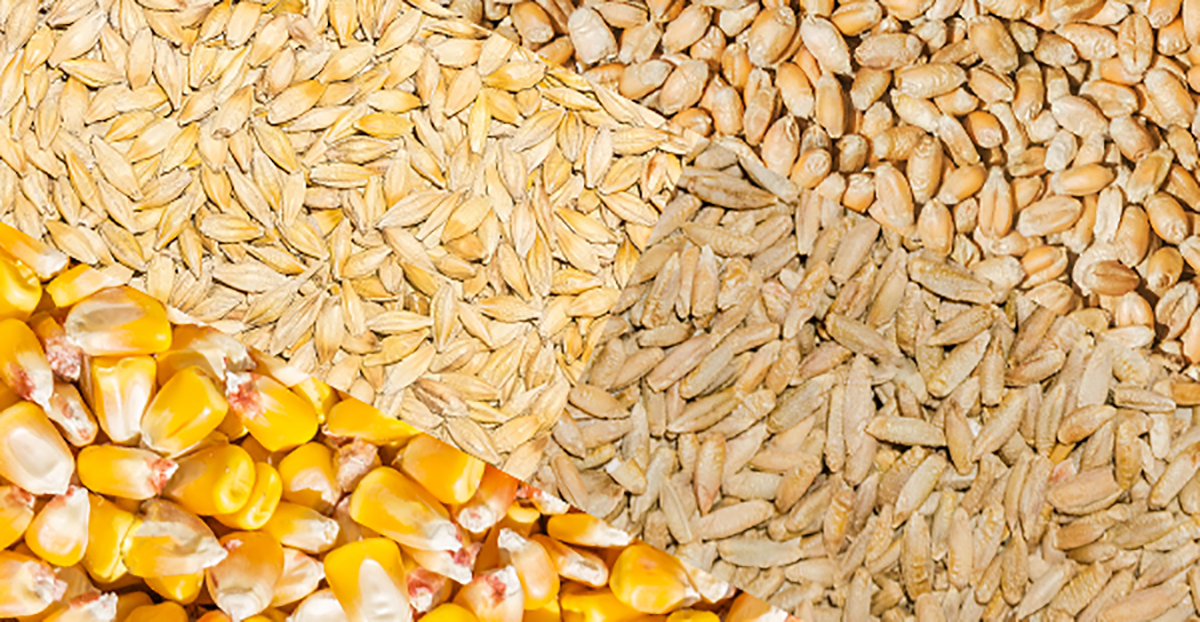 You’re a purist at heart. So whether you’re a whiskey connoisseur or amateur looking to refine your palate, it’s important to understand the basic ingredients in your whiskey so you can appreciate and savor its flavors.

Each whiskey starts with a base of corn, rye, barley, and/or wheat grain. And these grains, along with the oak barrels they’re aged in, define the tastes and aromas of the spirit. Which whiskey grain will best satisfy your taste buds? Read on to find out.

Corn
If you want an easy-drinking whiskey, corn whiskey is your spirit of choice. While its sweet honey, browned butter, and creamy flavors keep you sipping, its notes of toasted marshmallow, from the use of charred American oak barrels, really sets you over the edge. To be considered bourbon, the whiskey must be made in America and contain at least 51 percent corn base. And for the integrity of the spirit, this is a rule whiskey makers don’t want to break.

Rye
Prefer some heat with your whiskey? You get a little spicy with rye whiskey. It contains the same ripe and dried fruit flavors as corn-based whiskeys, but it has extra nuttiness, spiciness, and an inherent richness that make it unique and undeniable. Like bourbons, to be labeled a rye whiskey in the United States, the spirit must be made from at least 51 percent rye grain and be aged in charred American oak barrels.

Barley
Maybe you’re more of a risk taker? Then barley whisky packs a punch. Mostly used for Scotch (distinguished by whisky without an “e” in its name), barley whisky is malted and often dried with peat, which adds a smoky earthiness to its character. And because it has an inherent bite, it’s common practice to age Scotch in old port wine or sherry barrels, mellowing out the spirit and adding fruit and spice flavors. Other hints of flavors you might notice in a Scotch whisky include dusty leather, orange rind, dried fig, and toasted caramel. How’s that for intense — and delicious?

To create texture and depth and further enhance the flavors of each of these four whiskeys, other grains are often blended in with the base grain. Most Rebel Yell whiskeys are made with a blend of grains; all but the rye are blended with wheat.

Ready for a drink? No matter your flavor choice, Rebel Yell Kentucky Straight Bourbon Whiskey offers a variety of styles for the enjoyment of every whiskey drinker. Rebel Yell Kentucky Straight Bourbon Whiskey, made from a blend of corn and wheat, has hints of honey and butter that lead to a smooth, silky finish, while Rebel Yell Straight Rye Whiskey surprises (in a good way) with toasted almond, dark chocolate, and woody-herb flavors.

If you’re looking for something a bit stronger, the 90-proof Rebel Yell American Whiskey blends rye and bourbon together for a soft, alluring spirit with undertones of citrus, dried fruit, and vanilla. Add it to your next Manhattan, and your classic cocktail will never be the same again.