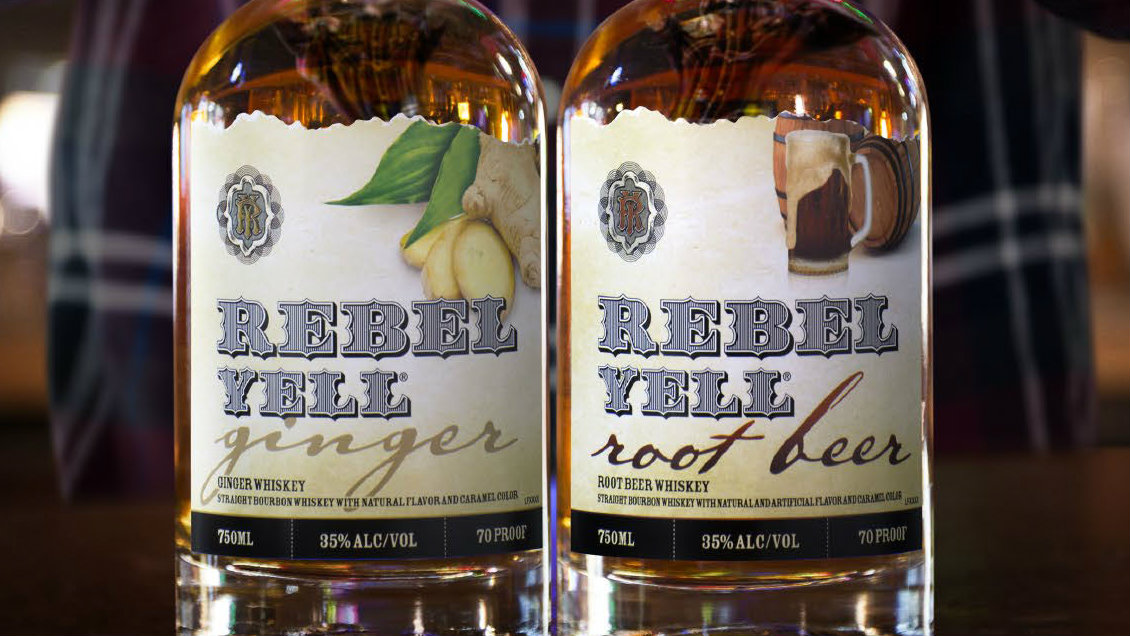 They say variety is the spice of life, so consider your whiskey-drinking life sufficiently spiced with the introduction of two new flavors from Rebel Yell Bourbon: ginger and root beer.

They sound trendy, because they are — and that’s a good thing. Whiskey is having a moment, especially the flavored kind. And Rebel Yell is leading the pack, not only in growth but also in innovation.

Rebel Yell Root Beer Whiskey offers rich, velvety flavor with a touch of spice. Hell yes it would be awesome in a root beer float. And there’s a recipe for that below:

Add whiskey and Irish cream to a cocktail shaker filled with ice and shake. Strain and serve neat in a chilled martini glass. Top with whipped cream.

Want a suggestion for how to drink Rebel Yell Ginger Whiskey? We got you.